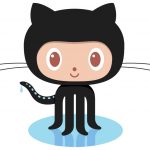 You’ll have to take my word for it (or find it on your own, I’m not trying to hide). I’ve seen where your GitHub account is treated as a developer’s code portfolio, and I think that’s a shame. I treat mine more like a code sandbox where I can go and learn.

Having a portfolio is a good thing for those who want to show off such things; however, after having looked at a few open-source projects, I see more that are on the sandbox end of the spectrum than those on the portfolio end–by a 2:1 margin (I’d guess, I don’t count them).

One project that I’m in the middle of is definitely not anywhere near the portfolio end but it’s exactly where it should be. I’m using it to test out different ideas that, if all goes well, will inform the production version of the project, at which point, I’ll create a new repo that incorporates the best of the various experiments. Until then, it’s going to be where I do what I need to do to figure out what it is I want to do.

If you want to see how I’ve coded for money, you’ll have to look at examples in which I did exactly that. Unfortunately, I don’t have any copies of such work, except for maybe some old code examples I used in some documentation.

If you want to see what I’m tinkering with, feel free to check my GitHub Repo (after you find it).